There's a house in Moncton with all the things a regular home would have — laundry, shower, a phone, food. But the house has a few distinct features too, like a supply of clean syringes and a billboard where sex trade workers can post notes for each other to warn of bad johns, dangerous men soliciting sex.

The old house with a new purpose is being called The Sanctuary. Its location isn't being disclosed in order to protect the safety of those who use it: sex trade workers in Moncton.

It serves as a safe place for people who work in the industry, to meet basic needs and take a break from life on the street.

For Jenn Fredericks, team lead with YWCA Moncton, this is a project close to her heart. She oversees a program at the YWCA that helps women transition out of sex work. Fredericks estimated she's encountered more than 80 people working in the industry in Moncton. They told her there was a gap in services, she said.

"One thing that I always heard from the people that I worked with is we need a safe space to be able to go into hang out and chat with other people, whether it's safety on the streets, whether it's a shower or something to eat a nap," Fredericks said.

YWCA Moncton, the Salvus Clinic, Crossroads for Women, Ensemble and the YMCA's ReConnect program all gathered to together to open The Sanctuary on April 7. The centre is open five days a week from 4 p.m. to 7 p.m. 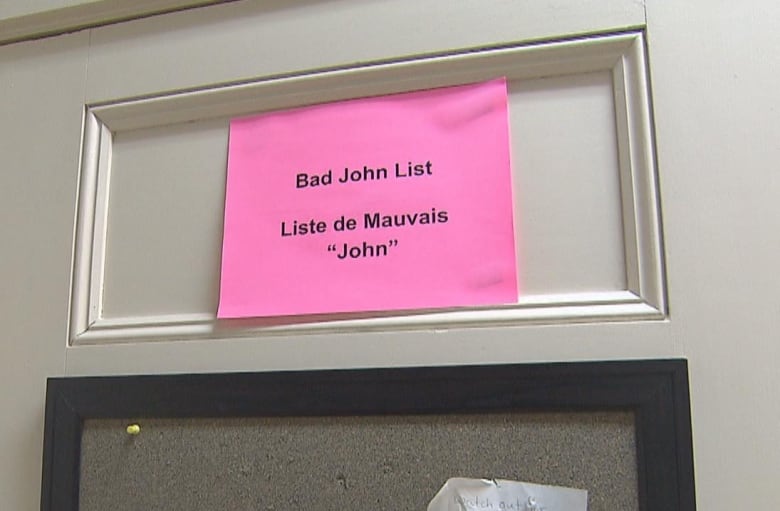 People visiting The Sanctuary can post warnings to others in the industry on the 'bad johns list.' (Pierre Richard/Radio Canada)

Fredericks said she is relieved the centre is now open but wants to expand the hours and services. For example, she plans to offer trauma counselling.

"Also we are going to have a get-together, a gathering with the people that do use the space, and ask them what else they want to see here," she said. "Are there any programs they'd like to see? A self-defence course, it may be employment skills, resume building, whatever they want to see."

While Fredericks works with people who want to leave sex work, "our goal is not to move people out of sex work."

She said an important part of The Sanctuary is meeting people where they are.

"If they want to exit (the industry), then we will support them on that journey, and if they still want to come in, do sex work, then we'll also support them in that how can you be safe while you're working," she said.

Fredericks said the centre is open to anyone who works in the sex trade regardless of gender. She said the people who use The Sanctuary so far are women between the ages of 23 and early 60s.

On top of items like soap, shampoo and hygiene products, "harm reduction" items like clean syringes and condoms are also available for people using the centre. 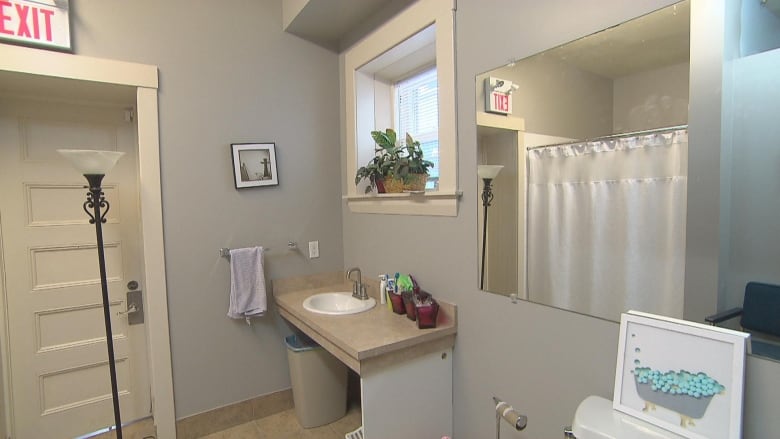 Fredericks said the shower is a popular feature of The Sanctuary. Staff give out shower packs that include a fresh towel, shampoo and soap. (Pierre Richard/Radio Canada)

Also on display is a "bad johns" list. It's a bulletin board offering descriptions and warnings of violent clients. The handwritten notes list names, descriptions of the offender's vehicle and the crimes they've committed.

Fredericks said the centre is a place where important, potentially life-saving information can be shared. But the Sanctuary is also a quiet place to chat and take a break.

"It's really heartwarming to see the resiliency and where they are today and they continue to strive on amongst everything that's happening in their life," she said. 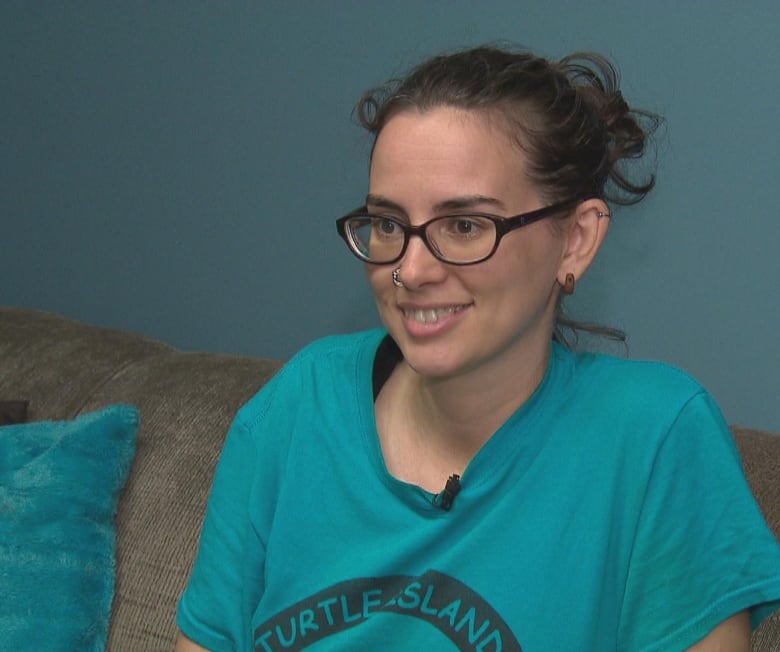 Geneviève Louise Latour, executive director of Crossroads for Women, said securing long-term funding could be an issue. 'If we're thinking 70 something sex workers are here in the greater Moncton area, that's a lot of people to serve and we want to make sure that they all get a service of quality.' (Ian Bonnell/CBC)

Because the centre provides basic supports to people who otherwise could go without, securing long-term funding will be important, said Geneviève Louise Latour, executive director of Crossroads for Women.

"It's our first year so people were kind of interested in the project and we were able to get some funds, but it's really making sure that those funds continue year after year," Latour said. 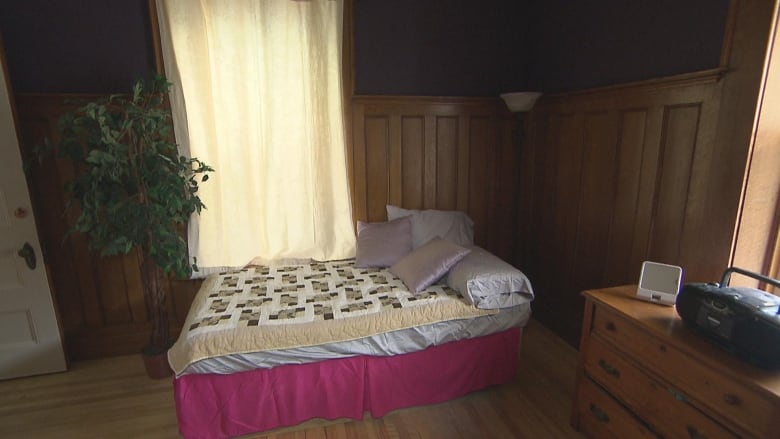 The Santuary is a place for people working in the sex industry to have a nap, a shower, get a sandwich or a cup of coffee and relax in a safe place. (Pierre Richard/Radio Canada)

On average, five women access The Sanctuary each night it's open. Latour said the number of visitors is expected to grow as the word spreads and services expand. But as people count on the centre more and more, it will become equally important that the centre is able to stay open.

She said: "That's a lot of people to serve and we want to make sure that they all get a service of quality."