Fredericton city council has approved a list of five male-nominees for a land development committee after the proposal was voted down two weeks ago because of concerns over diversity.

"These committees need to be ratified by council, and where they weren't ratified two weeks ago, I expected other suggestions to be brought to us."

Rogers raised her concerns about the lack of gender diversity from the city's nominations at a council meeting on July 8, when the list of nominees was originally brought before council.

Fredericton's only female councillor says some of her all-male colleagues are disrespectful toward women and reluctant to bring more gender diversity. 1:02

After the council meeting, O'Brien said the names had already been made public.

"We could've delayed a bit longer, but people had been identified and identified publicly," O'Brien said. "So for the process, council thought it was best to just continue."

City has to do better 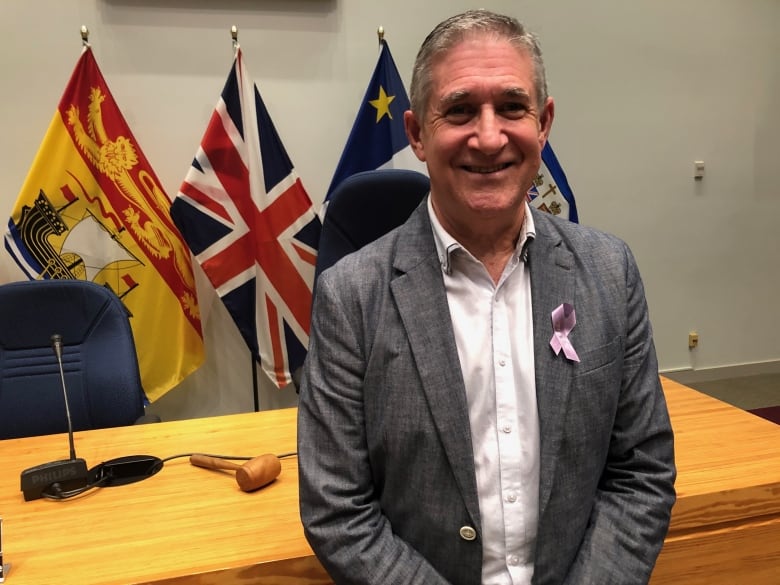 Fredericton Mayor Mike O'Brien said he will make sure there will be tangible changes to how council appoints its committees within the next few months. (Gary Moore/CBC)

O'Brien said the city needs to make a procedural change to how it appoints its committees, but he isn't sure what that will look like.

"I'm hoping that sometime within the next couple months we can bring something back to council, like a process. Like how do we correct this? How do we go forward?" said O'Brien.

But Rogers said she's heard this before during her seven years on council.

"Now, perhaps because there has been a public outcry over this, perhaps some will feel pressured to do something. And the mayor is making a commitment."